This article presents my construction of an impedance transformer designed for an end-fed half-wave dipole (EFHW). The advantage of an EFHW dipole is that it does not have to be fed in the centre as well as multi-band operation. The disadvantage of such a configuration is the high impedance (thousands of Ohms) at the feeding point. Unfortunately, in comparison with the centre-fed dipole and its well-defined impedance, the impedance of the EFHW antenna can be somewhere between 2000Ω to 5000Ω. There are several options on how to feed this kind of antenna. Parallel resonation circuits which are tuned for a specific band are very popular. The other solution is a broadband transformer based on an auto-transformer with an impedance ratio of 1:49 or 1:64. This time, I tried to build two 1:49 transformers based on an FT240-43 ferrite core. Two constructions with one and two ferrite cores were compared. For both cases, 2 turns on the primary side and 14 turns on the secondary side of the transformer were used. A capacitor improving the characteristics at the higher bands was connected to the primary winding. It was made of coaxial cable RG178. Firstly, I tried several options with standard ceramic capacitors as well as variable trimmer capacitors and based on the measured response I determined the best value. Then I cut the coaxial cable to the length that provided roughly the same capacitance and carefully shorted the coaxial cable piece by piece to obtain optimal performance. In my case, the version with one core provided best results when 100pF was used and the version with two cores provided best results at 200pF. Furthermore, I added a switch to the two core design which allows the transformer sides to be galvanically isolated. It provides the option to choose between a wire and a coaxial cable as a counterpoise wire. Please find the images and measurements below. 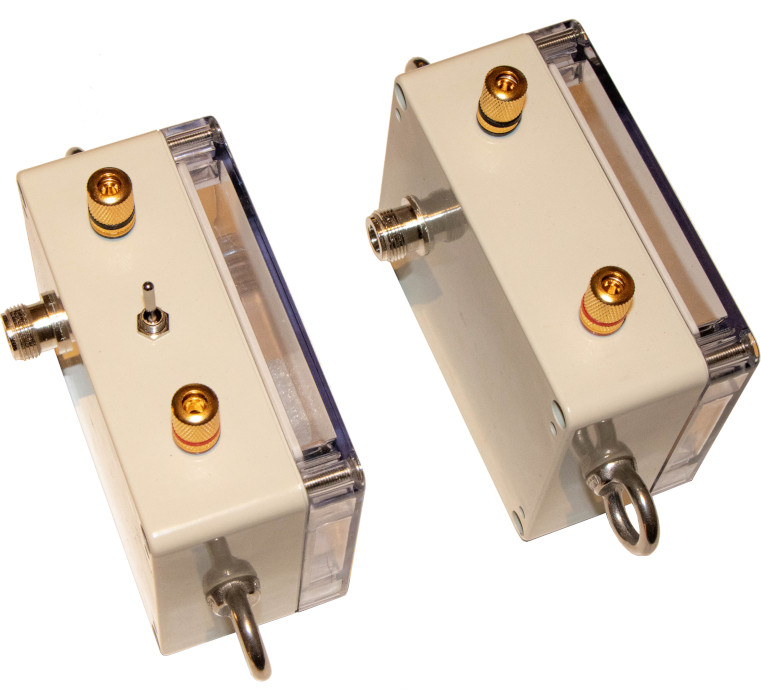 Measurement setup (choosing the correct value of the capacitor):

As can be seen the transformer with one core was more broadband in comparison with the two core design. Two core design provides better reflection coefficient at 3.5 and 5MHz. 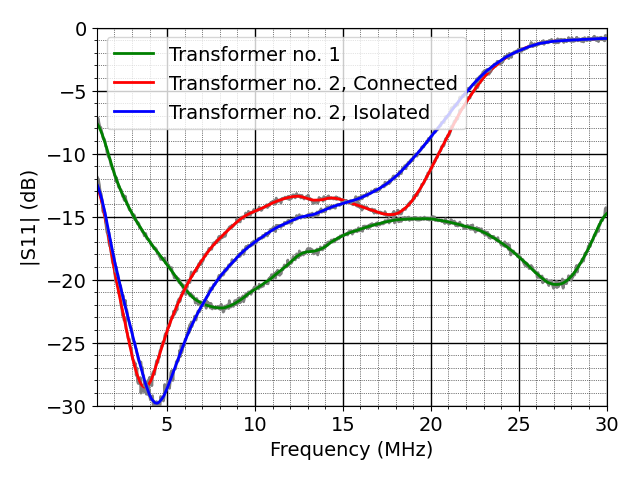 If you prefer SWR instead of |S11|, you will find the following figure useful.