The following setup enables receiving Qatar-OSCAR 100 (QO-100) narrowband transponder which is placed on Es'hail-2 communication satellite (launched aboard a SpaceX Falcon 9 rocket on November 15, 2018).
The downlink of QO-100 is on 10.5 GHz (X band). I received the signals using a downconverter from an LNB and a small parabolic antenna (30cm) placed on a chair pointing to the satellite through an open window. As the downconverter had a free-running oscillator without any temperature stabilization, you can hear that the receiving tone is not stable. Using a disciplined oscillator will be the next step. The record of the Beacon can be found here. 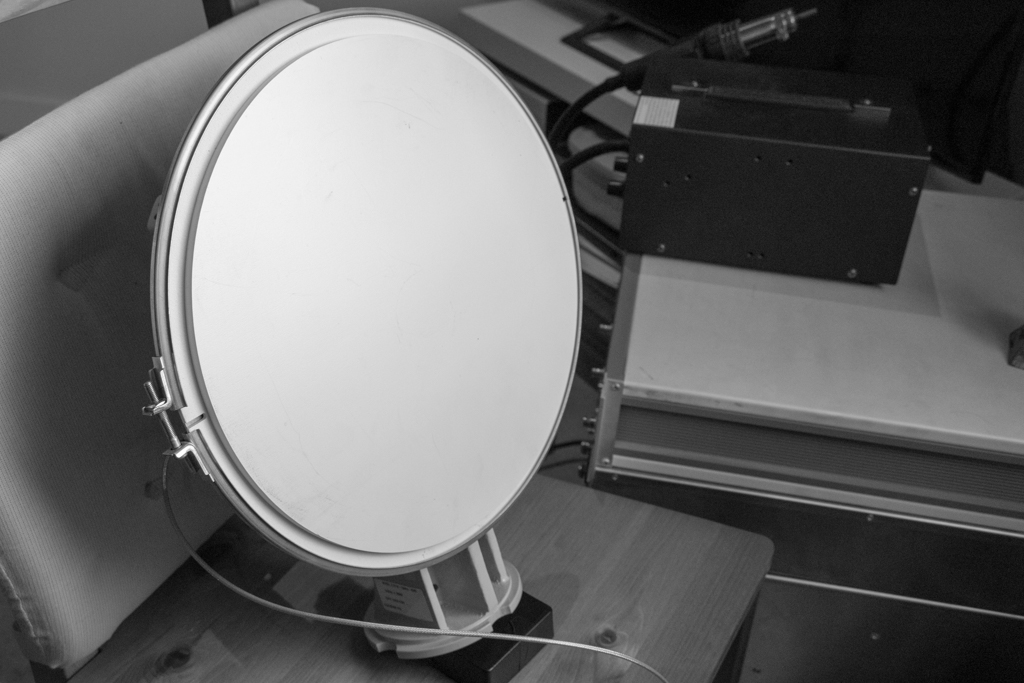 In the next step, I modified my LNB. I removed the internal crystal (25 MHz) and replaced it by an SMA connector. Then I used an arbitrary waveform generator that was disciplined to GPS (10 MHz clock) and injected the signal into the LNB. 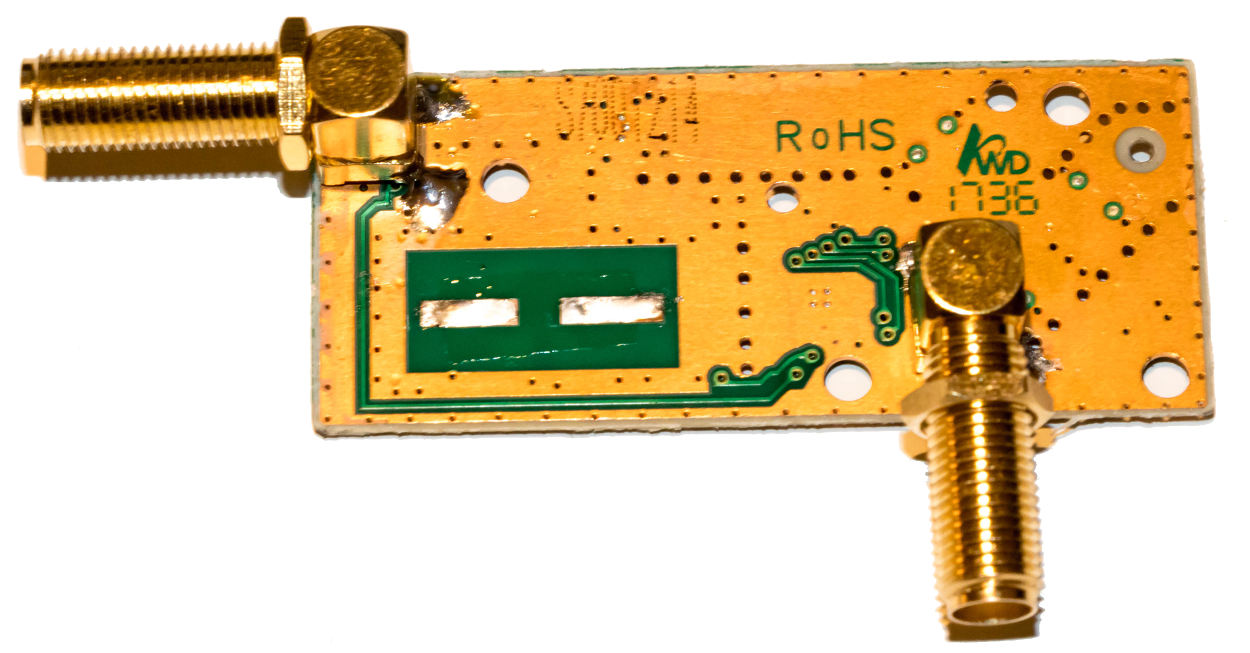 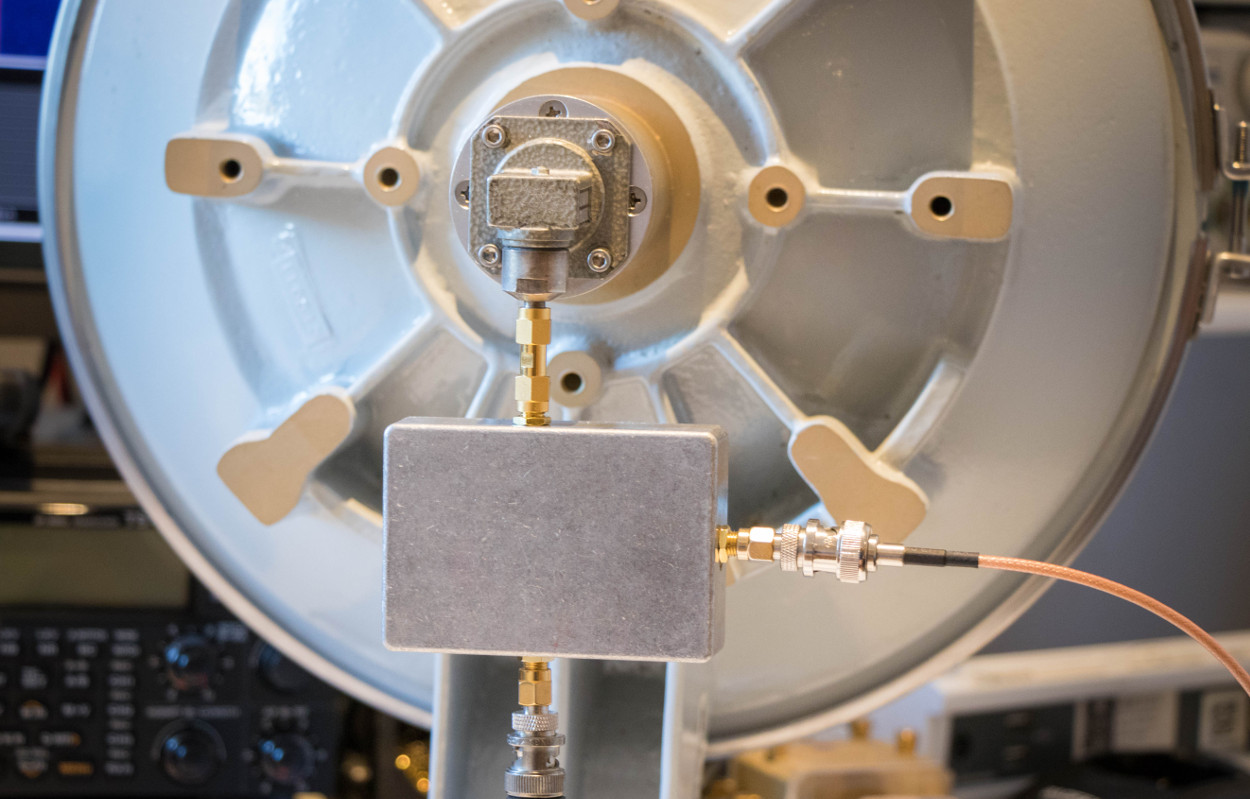 This solution worked significantly better in terms of frequency stability but I was not happy with the mechanical construction and with the RF path on X-band where an adaptor from circular waveguide to a rectangular waveguide was connected to an adaptor form rectangular waveguide to SMA connector. Then another SMA to SMA adaptor was used for connection of the LNB as can be seen in the picture above. This was the reason why I decided to modify Quad Octagon LNB based on this description. My modification (before and after) can be seen in the following photos. 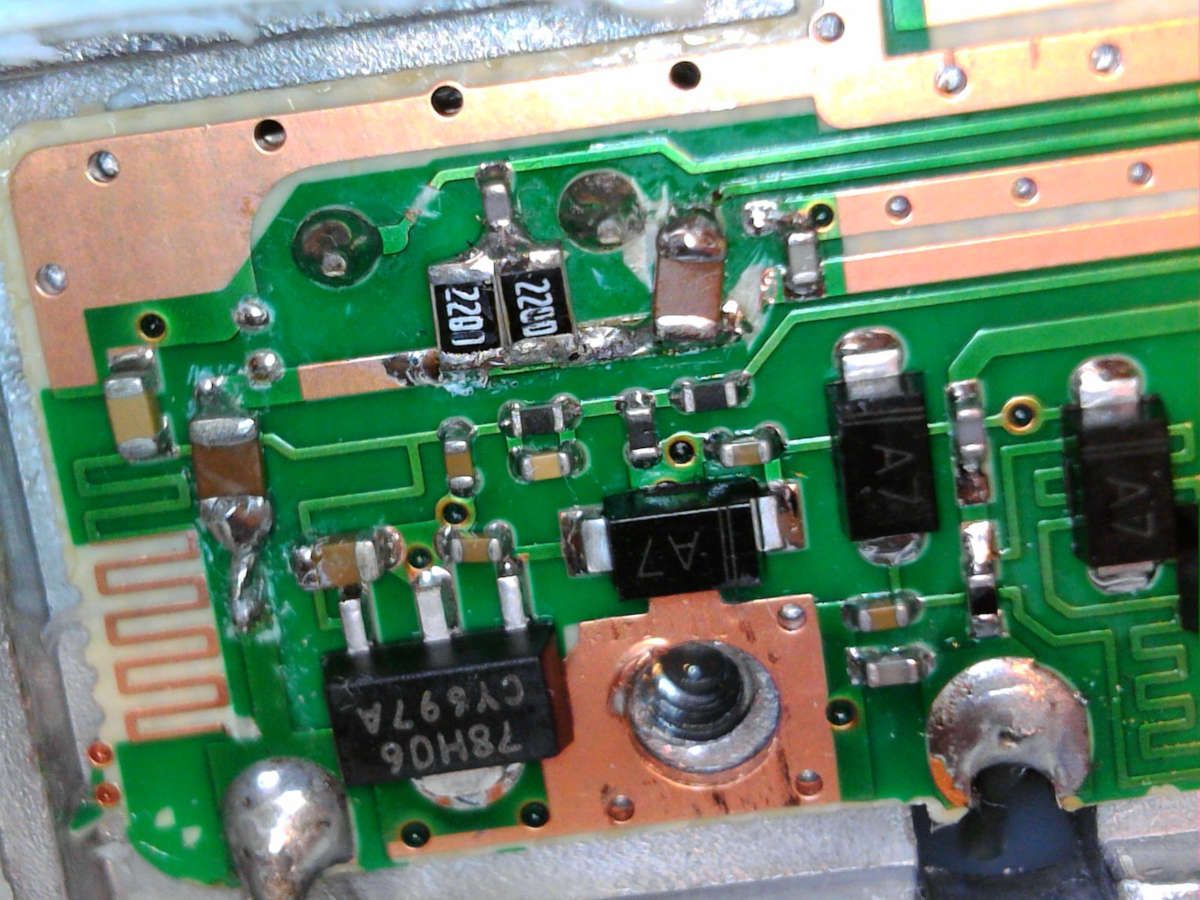 Once the modification was finished I designed and 3D printed an adaptor for my dish. I cut the original horn antenna with a pipe cutter. The goal was to keep the front face of the circular waveguide as flat as possible. Then I glued the 3D printed adaptor to the LNB. The shape of the LNB's waveguide is slightly conical, so there is a small gap between the waveguide and the adaptor. Fortunately, it is on the side where the adaptor is not connected to the antenna, so it does not have any significant effect. The connection is rigid and the LNB can be connected to the dish antenna with four screws. So far I am happy with this setup. 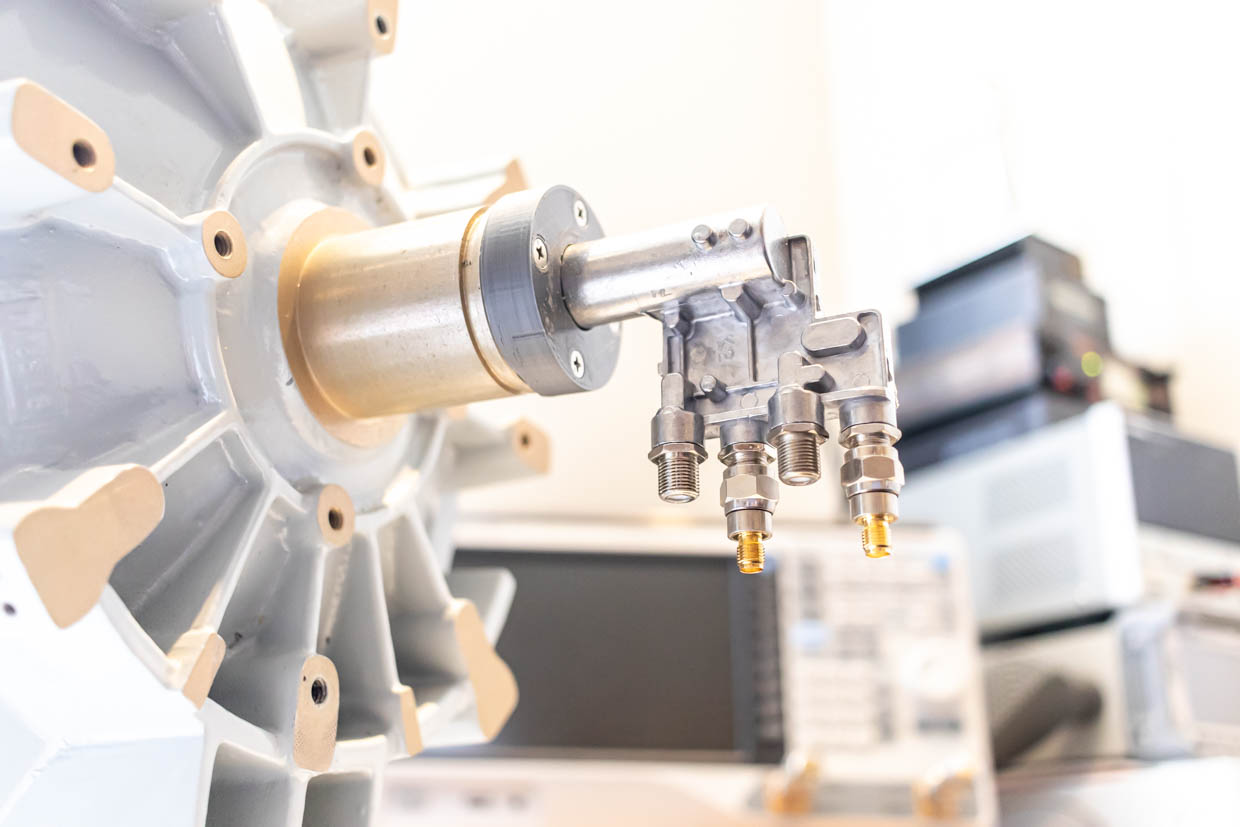